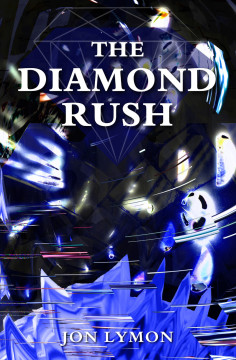 Simon Remnant’s not your average hero. Oh no. As far as heroes go, he’s way below average. Absent father, absent-minded lover, unskilled and untrustworthy. None of them do his uselessness justice.

So there are no expectations other than failure when he joins the mid- 21st Century’s equivalent of The Gold Rush – a race to get-rich-quick through plundering the dazzling fortunes offered by an asteroid brimming with diamond deposits.

Remnant provides the brawn in a dubiously talented and totally incompatible crew of three aboard a ship that’s not expected to make it higher than the treetops.

Can he overcome his underdog status? And can he beat the mighty NASA to the asteroid belt and return home with a life-changing cut of the loot?

Lymon’s debut novel is an outlandish underdogs adventure that mashes the thriller and sci-fi genres into a pulp of highly entertaining, uniquely-told fiction that’ll leave you believing that even waaaaaaay below average heroes deserve to have their story told.